Something I’ve been working on.

She didn’t quite know why her parents had given her the oddball Nordic name that they had. It wasn’t like any one in her family was of Norse ancestry. They were the average American mutts – or as her younger brother put it – the typical Californian cactus – a family tree that was short, round and overly full of pricks.  She didn’t know much more than beyond her grandparents – and they weren’t in any way remarkable – just the usual dirt farmers from the Midwest during the depression. Where her family had seemingly come out of nowhere…

Freya. The Norse goddess of fertility, love and leader of the Valkyries. Yeah. That was a great description, she thought every morning as she looked herself in the mirror.

“Goddess of Love my ass.” she muttered in the morning, trying to comb the mass of copper curls into some semblance of “Businesslike”. Even though her job described her as a “Creative Professional” – meaning she knew how to use Photoshop better than a trained monkey – she still had to look like she worked in an office building.  A smear of lipstick and a quick dusting of foundation later, she deemed herself ready to face the day.

Grabbing her messenger bag, then her keys and smart-phone from the bowl by the door, she made her way to the first stop on her way to the mind-numbing hive mind of Lorenzo Visuals Ltd, the city bus stop two streets over.

The bus in the city never seemed to work on anyone’s schedule but its own. The only way you were guaranteed of getting on it was to find one of the large stops, indicated by the presence of a large glass shelter that held less than a quarter of those who were there to catch it most days. Those small sleeves that the city had up on random hydro poles? Mere decoration it seemed, or entrainment for the longer term citizens of the city, who got to watch the new people run from them to the larger stop on their first days in the city.

It wasn’t that she didn’t enjoy her job – it was more that after the n-th time of running the same damned filter on the millionth photo, the job starts to lose its shine. The bus ride into work had lost its shine on the second day – being stuck with smelly, tired and grumpy people every day of the work-week for at least a half hour didn’t strike her as something that anyone except the most die-hard fans of public transportation enjoyed, and even there it was debatable.  But it was still cheaper than the cost of filling her car just for the short trip into work and back. The car was saved for dates (of which there had been pitifully few lately) and trips to see family and close by friends.

Making her way into a well-worn seat, still unsettlingly warm from the prior occupant, she checked her phone to what see was ahead of her. Thankfully she wasn’t known by her first name at work, or the laughter would never end. Freya the dateless, Freya the overworked, underpaid, undersexed. So, Jani-Lynne it was to everyone at work, Freya to family and Jani to those closest to her.

She turned her attention from her phone’s to-do list and back to the rumbling of the bus. If nothing else the brief ride through traffic gave her time to think before plugging in, Borg-like, for the day’s work.  The rumbling muted the voices of the other travelers, a rough white noise that lulled her into a mostly mindless state.

An unearthly howl dragged her back to reality, checking her phone; she was amused to see a text from her younger brother.

What are you up to oh Goddess?

Working soon. Wolf-Face. She texted back, smiling. She rarely heard from her brother, but when she did, it was always for something entertaining.

KK. Will IM after work. R

Putting the phone back in her jacket pocket, she pressed the stop request, and with a smile, headed off the bus and into Lorenzo Visuals.

The cold hiss of the air conditioning melted into the background of voices chattering over the phones, or over dividers to each other.

Jani had been lucky enough to score a new project that looked like it would keep her busy most of the day – a website for a new client – that, to quote her boss “required a special touch”.  This, Jani had been around long enough to know was code for pain in the ass. Usually it meant that they were overly touchy about a logo being re-done in vector or something of the like that most of their clients understood had to be done for their work to look its best.

She had been given this project simply because she had a way with dealing with people that her colleagues felt were in that category. A silver tongue and the Devil’s own smile, her grandmother had said of her as a child. It had gotten her into, and out of, a lot of trouble growing up. Working, it had gotten her to where she was now, combined with a heaping helping of natural talent that had been honed by years of practice. Of course, she could be higher up, or at a higher paying job, but Lorenzo gave her the freedom and income that she wanted right now and kept her out of the trouble of her youth.

That was one thing that Jani didn’t talk about – most of what had happened between the ages of ten and eighteen. When pushed she’d respond that she didn’t want to reopen old wounds, and that the past was best left where it was before pointedly changing the subject. The furthest that she ventured into it was to say that it had something to do with computers, and things she didn’t do much anymore.

It was days like this that made Jani think back to those times, and how it was a different artform than what she did now. Life was a completely different creature now that she was out of school. This – working doing graphic arts – was never something she’d dreamed of. She thought that she’d still be in school, or possibly a worse fate.

Shaking her head to clear the cobwebs of past lives, she brought her attention back to the screen in front of her. The clock in the corner reminded her that it was lunch time, as did the blonde head popping up over office divider – Deirdre Sanford, DeeDee to most everyone who knew her.

“Going to Danny’s for lunch. Coming with?” DeeDee’s voice was stereotypical Valley Girl, but DeeDee herself was far from it – she was the anti-Valley Girl – smart, athletic with a work ethic that made Jani feel like a slob.

“Nah, got a ‘special project’ that I’m working on. Get me something though?”
Jani dug out a twenty and handed it over, watching as DeeDee threw on her coat and headed down the stairs, wishing she had the drive and ambition that DeeDee had towards the job.
The truth was that Jani wished, in part, that she’d never given up on the pursuits of her youth, that she’d just taken them down a less dark path, a path that could’ve earned her a lot of money during the dot com boom – when she’d just been getting out of high school and leaving it all behind.
Turning her attention back to the project that she was working on, still in the rough sketch stages, Jani fell back into the mindless working stage, interrupted only when DeeDee dropped off her change and food. She kept on in this state for the remainder of the day, her mind alternatively turning to her past and what her brother might have wanted to talk about.
By the time it was time to clock out; her mind was working over what her brother might want to talk about. It wasn’t often that the two of them spoke since he’d moved, but when they did it was like old times.  They were far enough apart in age that most sibling rivalries had played out long ago and they’d settled into the friendship that generally marks adulthood for siblings.
Slipping into her apartment, still on auto-pilot, she made supper and parked herself in front of the television to unwind from the day.  Pulling her laptop out of its bag beside the couch, she absentmindedly flipped it open with one hand, eyes intent on the show that was on, and put it beside her, drawn into the world on the television more than the IM window that was now flashing madly on her screen. 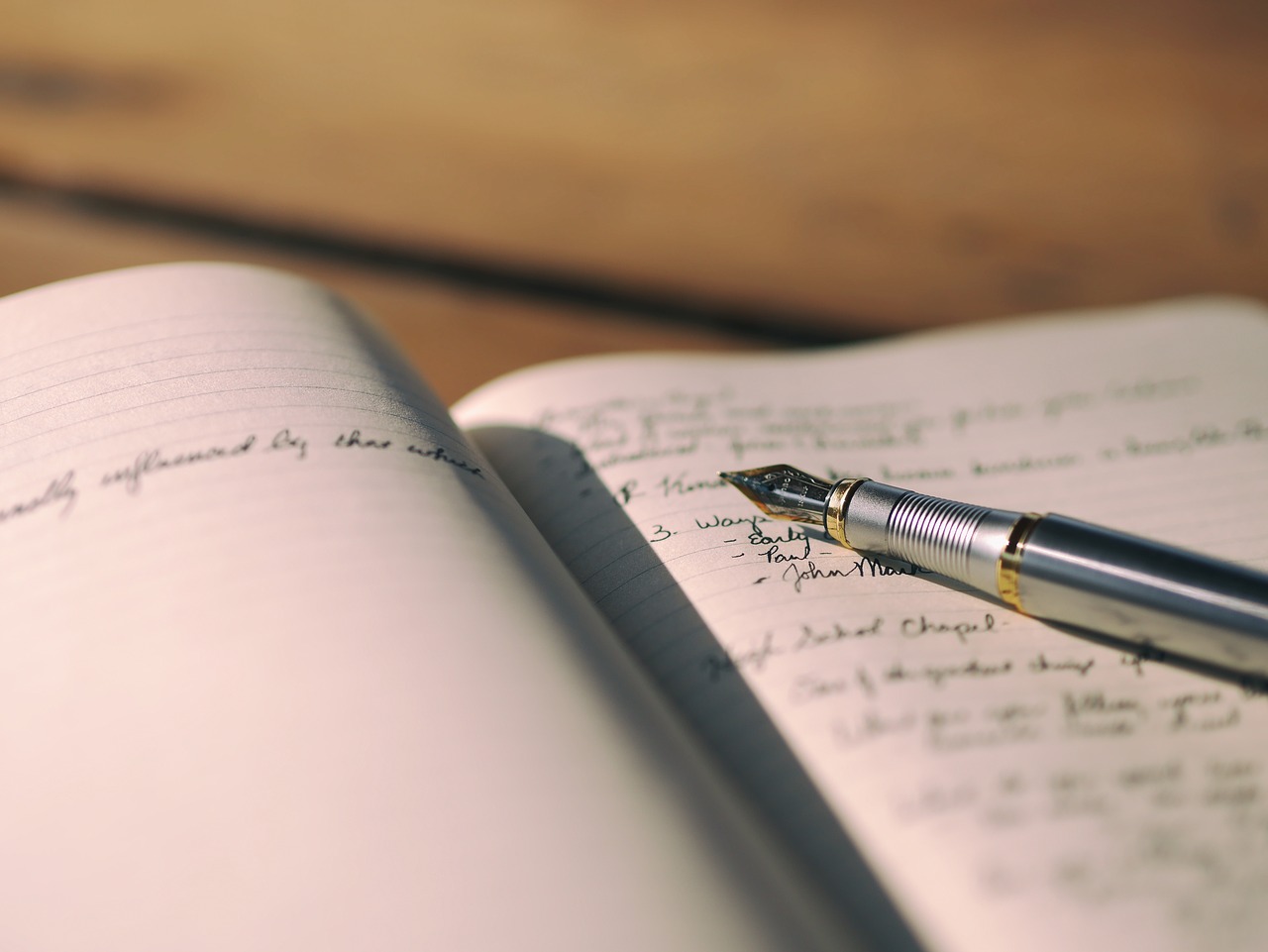 Pulling It All Together 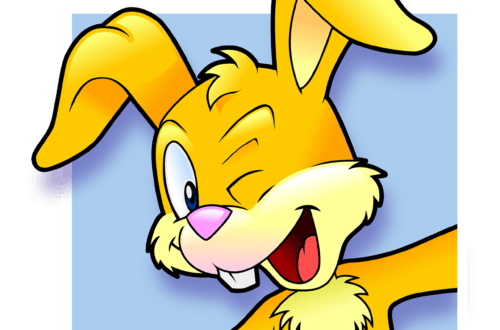 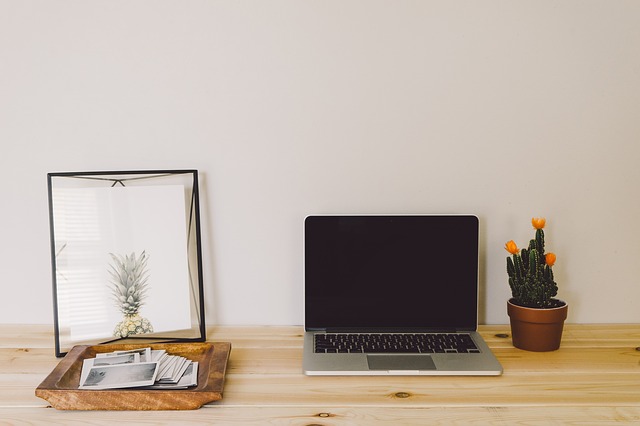